CHUTZ-POW!: Covering the Artwork (Episode 1 of 3) 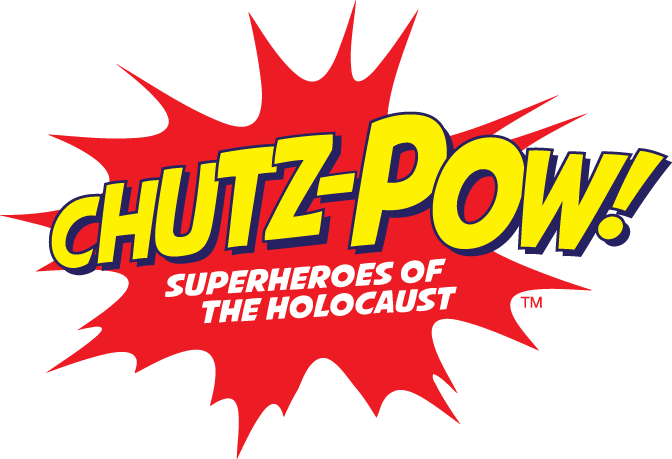 CHUTZ-POW! Superheroes of the Holocaust is an art exhibit and companion anthology comic-book which jointly chronicles the stories of specific individuals who demonstrated courage, compassion and resilience during the Holocaust. The former debuted at the Three Rivers Arts Festival this Summer, where positive word about the project spread quickly; the latter makes its formal debut in Pittsburgh on August 14th. As one of the artists involved with both the exhibit and the comic-book, I’m beyond proud of this project, and I’ll be devoting this and the following two blog posts to behind-the-scenes/making-of entries. Here, I’m going to give you some history of CHUTZ-POW!, talk about how I came to be involved, and walk you through the steps it took for me to create the cover artwork for the comic-book.