To Tell The TROOF, Part 1: On a Mission 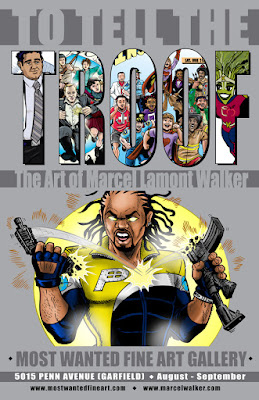 PEOPLE OFTEN WANT to know when I realized I wanted to draw as my vocation. That came very early on, when I was about five years old. My father had introduced me to comic books, and he was a talented artist himself. He did all kinds of things, but none of them fully professionally. He could draw, he could sculpt, he was good at woodworking, and he was adept at photography. (The latter is the reason why our family albums are so full.) He also introduced me to my first comic books. That may have been just to keep me occupied, or he may have wanted to share something he loved with his son; regardless, comics fascinated me from the outset and that never went away.

Knowing that my father could draw so well, I would pick out my favorite pictures from within the various comics he’d buy – the comics ranged across genres too, and included everything from superheroes to cowboys to Archie comics to monsters to Richie Rich – and ask him to redraw them for me. He would, and to my eyes they looked just like the ones in the books. I’d toddle off for a while, satisfied with his latest handiwork, then I’d find another one and come back and ask him to do it again. This went on for a good while, and one day he turned things around on me and told me to try drawing the chosen picture myself. This had never occurred to me as an option, and to this day I don’t know if my father had grown weary of the incessant requests or not. Regardless, I was so happy with my end result that, while I would occasionally seek his approval of my own handiwork, I never asked him to do another drawing for me.

I also knew, with the absolute certainty of a five-year old, this was what I wanted to do for the rest of my life. I wanted to make comic-books. I didn’t know anything beyond that about the actual work involved, where you went, how you trained, what you earned, etc., but I knew I’d be making comic books one day. In a sense, even though I didn’t know it at the time, I had already started making comic books.

This would be a very long journey, and the destination was uncharted, but my compass was pointing true north.