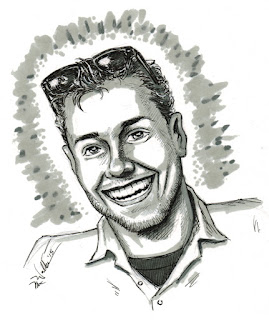 ONE EARLY EVENING several years ago, when I was still living with my family in Oakland, I walked towards the storefront district along Forbes Avenue. I don't recall what for. I may have been headed to the 24-hour drug store, or the local music store where my sister worked, or any other number of places. I don't remember exactly which street I was on either, although it was one along the Fifth and Forbes corridor near the hospitals. I also don't remember a small item falling unnoticed from my bag.

What I do remember in very exacting detail is hearing a voice, a child's voice, calling out to me above the din of Oakland's street and sidewalk traffic. I was so focused on getting to wherever I was going that I hadn't heard this at first. I turned to make sure it was me being hailed, and there was a little boy, no more than four or five years old, running down the hill after me. (For those who live outside of Pittsburgh, everything here is on a hill.) In his outstretched hand was my umbrella (for the sake of expedience, we're going to say the item was an umbrella), and he continued to call to me, with a slight Chinese accent, "Sir! Sir!"

Just up the street from him was a lady, presumably his mother, who had presumably just told him to run after me and deliver it back. I knelt down and he handed it to me. I thanked him and smiled, then watched him turn and run back up to her. I waved my thanks and she smiled back. Then the two of them continued on their way and I went mine, amused and touched that the woman would trust her child to be safe enough to allow them both to grant me that small act of kindness. 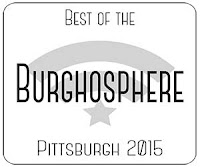 This November is National Blogging Month (which I didn't know was a real thing until someone told me, so woo-hoo!), and THOUGHT IN MIND has been asked to participate in The Best of Burghosphere, an awards event that celebrates the best of Pittsburgh-based bloggers doing what they do best. It's all the brainchild of Most Wanted Fine Art in Bloomfield, which supports the arts locally in more ways than can be mentioned in one brief post. So we'll just have to follow up with a longer one at some point!

Anyway, I was asked to designate an award for another one of the participant blogs - BoldPittsburgh.com - and say why I'm nominating them for this award.